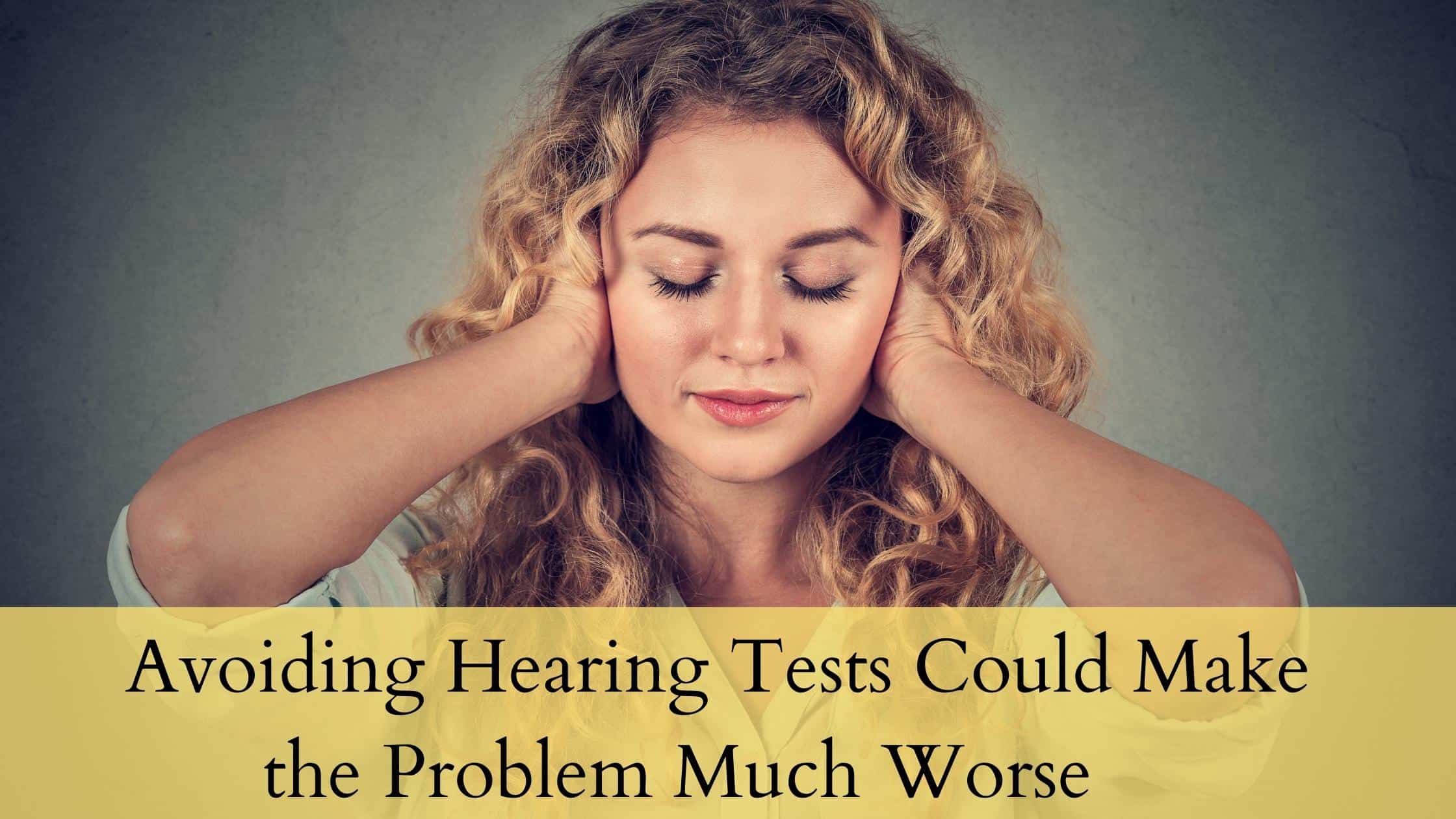 Many people are eager to get a hearing test as soon as they notice that hearing loss has become a problem. They might have noticed that conversations are becoming confusing or that they are missing out on some information that loved ones believe they have shared. When these inconveniences come around, these people are ready to get a solid assessment of their hearing ability and to learn about the options for treatment. Many others, however, tend to put off getting a hearing test.

On average, people tend to wait 7 years after hearing loss begins to get the test and to pursue treatment. Why does this disparity exist? Each individual person with hearing loss has their own story to tell about why they delay getting a hearing test, but the consequences are always serious. Not only can delaying a hearing test lead to communication and relationship problems, but the wait can also contribute to some serious health conditions, including a higher likelihood of developing dementia. Let’s first look at what a hearing test entails before considering the extent of these potential consequences.

Hearing tests come in a variety of forms, but the most common type of test is called pure tone audiometry. This hearing test is actually quite simple. Those who have hearing loss need sounds to be louder in order to be able to hear them. These tests measure the volume limit at which a sound can or cannot be heard. A person who takes part in a pure tone audiometry test will be ushered to a quiet room or given a pair of headphones. The test administrator then plays a series of pure tones at different pitches, or frequencies, and volumes, or amplitudes.

When a person is able to hear a tone, they are asked to raise their hand, push a button, or otherwise gesture their perception of the sound. The test doesn’t last too long. You might think of this test in comparison with an eye exam that asks a person to read increasingly small text. At some point, the letter cannot be deciphered, just as a sound in pure tone audiometry cannot be detected. With this registry of hearing the response, the test administrator generates a report called an audiogram. This graph depicts how loud a sound of a particular frequency needs to be in order for a person to hear it.

With such a simple and painless test, you might wonder why anyone would put off taking it. It turns out that many people have deep psychological associations with the process of hearing loss. Some think that a diagnosis of hearing loss is akin to a diagnosis of “old age,” while others don’t believe that hearing aids will be able to help very much. In fact, both of these beliefs are myths.

The population of those who have hearing loss is becoming younger, compared with earlier cohorts, and hearing aids come with a wide range of benefits. From one perspective, putting off getting a hearing test is like denying oneself these benefits for physical, mental, relational, and cognitive health. From another perspective, the consequences of delaying a hearing test can be dire. Many transformations can take place in the intervening years when hearing loss has begun but a person has not received treatment.

Those who live with untreated hearing loss tend to have higher rates of negative health outcomes, ranging from cardiovascular disease and diabetes to depression and dementia. In some cases, as with diabetes, it’s not as simple as untreated hearing loss causing a negative health outcome. Yet, in other cases, such as depression and dementia, health experts believe that the years spent without treatment are doing something profound to the brain. When the mind does not receive the social and linguistic stimulus that it needs, it can recruit its activity to other regions that are usually devoted to complex thought.

Those who have untreated hearing loss sometimes isolate themselves from social situations in which it can be difficult to converse. This social isolation can lead to a wide range of negative mental health outcomes. With these facts in mind, the benefits of getting a hearing test are quite great. Don’t delay making your appointment!